Table of Contents Leaving China to Evade RegulationsRisky Business: Binance’s High LeverageFinding a ‘Short Cut’ in the Gray ZonePlaying ‘Tai Chi’ With the US News Analysis The Binance Coin recently dropped out of the top three in cryptocurrency market ranking as Binance, the world’s largest crypto asset trading platform, is being […]

The Binance Coin recently dropped out of the top three in cryptocurrency market ranking as Binance, the world’s largest crypto asset trading platform, is being investigated by U.S. and German authorities.

Bloomberg reported this month that Binance is under investigation by the U.S. Department of Justice and the IRS for issues related to money laundering and tax offenses. This is the third time in the past two months that the company has been investigated internationally.

In March, the Commodity Futures Trading Commission (CFTC) began an investigation into whether Binance had violated U.S. regulations by allowing U.S. traders to purchase digital asset derivative products. Binance is still not registered with the CFTC and is not qualified to provide crypto derivative services to U.S. residents. Crypto derivatives include products such as crypto contracts, options, and security tokens.

On April 28, the German Financial Supervisory Authority (BaFin) issued a notice stating that the stock tokens launched by Binance may have violated European securities regulations because it used the services of a German broker. The regulator said that Binance failed to publish a prospectus document, which constitutes “a criminal offense,” according to Top Coin Token.

As part of BaFin’s enforcement action, Binance is required to remove its tokens from the German market this month, otherwise it would pay a fine of up to $6 million, or 3 percent of annual revenue. Binance would also be held responsible for any losses incurred by investors in its stock tokens.

Binance appealed against BaFin’s decision, but the regulator has rejected the appeal.

In response to these investigations, Binance tweeted on May 13, “We take our legal obligations very seriously and engage with regulators and law enforcement in a collaborative fashion.”

The company has recently hired some heavyweights to tackle regulatory compliance issues, and to improve public relations.

On March 11, Binance announced it has appointed Maxwell Baucus, a former U.S. Senator and ambassador to China, as its policy and government-relations adviser.

On April 11, Binance hired Brian Brooks, former Acting Comptroller of the Currency, as CEO of Binance.US. Brooks was previously the chief legal officer of Coinbase, the largest cryptocurrency trading platform in the United States.

Brooks said his top priorities at Binance.US include making it a “a robust competitor to Coinbase” and to strengthen its regulatory compliance.

According to a 2020 report by blockchain analysis company Chainalysis, in 2019, $2.8 billion in Bitcoin was moved from criminal entities to exchanges—over 50 percent went to Binance and Huobi, which is another Chinese trading platform.

Binance was founded in July 2017 in Shanghai, China, by Chinese-Canadian Changpeng Zhao (aka “CZ”). It grew rapidly in the Chinese market using Chinese capital, and became the world’s largest cryptocurrency trading platform in January 2018.

Only two months after its founding, and only one week before the Chinese Communist Party (CCP) began to tighten control and clamp down on the cryptocurrency industry in September 2017, Binance shut down its China operations and moved its staff and servers to Japan, and has spent the last two years primarily in the United States, one of the world’s largest cryptocurrency markets.

Registered in the Cayman Islands, Binance currently has no corporate headquarters and only an office in Singapore.

In 2019, it partnered with BAM Trade Services in the United States and established Binance.US in San Francisco. BAM is registered with the U.S. Financial Crimes Enforcement Network (FinCEN) as a Money Service Business (MSB) and can engage in cryptocurrency business.

In an interview with Forbes China in April, Changpeng Zhao said Binance.US has so far obtained Money Transmitter Licensing in 37 U.S. states and can achieve compliance in each state, as well as engage in fiat currency trading and cryptocurrency business. But the company is only licensed in 32 states, according to its website.

Binance is believed to offer trading in about 300 cryptocurrencies, including Bitcoin and Ethereum, as well as a variety of derivatives services. Currently, the derivatives trading listed on its website includes five major types of services, including contracts, futures, options, and leveraged tokens.

Binance also offers Bitcoin perpetual coin margined futures and USDT futures contracts, allowing leverage as high as 125 times the value of the contracts. These are highly risky derivatives, which are prohibited from being offered to U.S. residents under relevant U.S. regulations.

The United States is perhaps the most heavily regulated country in the world for cryptocurrencies and their derivatives, with four agencies jointly regulating the market: the SEC (U.S. Securities and Exchange Commission), the OCC (Office of the Comptroller of the Currency), the FinCEN, and the CFTC.

Binance is primarily regulated by two agencies: the CFTC, which oversees the trading of futures contracts on commodities such as Bitcoin; and FinCEN, which requires issuers of  perpetual coins, cryptocurrency exchanges or wallets to comply with U.S. anti-money laundering regulations.

Binance has not applied to the CFTC for a cryptocurrency derivatives license. Currently, only a few exchanges in the United States have been granted such a license, including the Chicago Mercantile Exchange, which trades Bitcoin derivatives, and LedgerX, which trades cryptocurrency options. It takes about five to six years to obtain a license from CFTC.

Finding a ‘Short Cut’ in the Gray Zone

According to Chinese media 163.com, choosing a market that is not regulated or partially regulated is a “short cut” for the rapid growth of Binance. After the CCP introduced regulations in September 2017, Binance moved its operations to Japan.

In March this year, amid the CFTC’s investigation, Changpeng Zhao responded that the company strictly adheres to U.S. regulations and has strong controls in place to prevent customers from money laundering.

But he also admitted that even though Binance was blocking U.S. access, U.S. users did find viable ways to bypass the block.

Data shows that more than 40 percent of Binance’s trading volume comes from the U.S. market.

According to The Block, there was nothing to stop U.S. residents from using Binance’s services. A user “just had to click ‘I’m not [American]’ to set up an account on binance.com” and trade directly on Binance’s website without any barriers, the report said.

Although Binance publicly announced that it would stop providing services to U.S. residents from September 2019, the trading platform was in fact still allowing access to U.S. users until October 2020, The Block reported. It wasn’t until November 2020 that Binance officially notified U.S. resident users that they must complete their withdrawals within 90 days.

In 2019, Chainalysis traced $2.8 billion in Bitcoin that was transferred from criminal entities to exchanges, and over 50 percent went to Binance and Huobi. The Chainalysis report also suggested that OTC (Over The Counter) brokers could be driving the illicit activities.

Chainalysis assembled a list of corrupt OTC brokers, and called them “Rogue 100.”

“70 of the OTC brokers in the Rogue 100 are in the group of Huobi accounts receiving Bitcoin from illicit sources. … We think it’s extremely likely that some percentage of the other highly-active Binance and Huobi accounts taking in illicit funds also belong to corrupt OTC brokers we’ve yet to identify,” the report said.

OTC transactions are considered the most likely means of cryptocurrency trading to be used to launder money or transfer property across borders.

The report said that “while it’s difficult to estimate what percentage of all cryptocurrency was sent from criminal wallets to OTC brokers,” its analysis shows that “OTC brokers who carry out a significant percentage of all Bitcoin transactions were receiving illicit funds, and behaving in ways that suggest a desire to hide the nature of their transactions.”

The report said that “OTC brokers typically have much lower KYC [Know Your Customer] requirements than the exchanges they operate on. Many of them take advantage of this laxity and help criminals launder and cash out funds, usually first by exchanging Bitcoin and other cryptocurrencies into Tether as a stable intermediary currency before they presumably cash out into fiat. ”

Kaiko, an institutional grade digital assets market data provider, estimates that OTC trading can contribute to the majority of all cryptocurrency trading volume. As of May 25, the total crypto market volume over the last 24 hours is $201.50 billion.

Playing ‘Tai Chi’ With the US

An in-depth investigative report by Forbes last October revealed that Binance.US “conceived of an elaborate corporate structure designed to intentionally deceive regulators and surreptitiously profit from crypto investors in the United States.”

Forbes obtained a 2018 internal document from Binance.US, which outlined a strategic plan for an unnamed company, dubbed the “Tai Chi entity,” to set up operations in the United States, distracting U.S. regulators by pretending to be interested in compliance and then transferring revenue to the parent company Binance in the form of licensing fees, etc.

“All the while, potential customers would be taught how to evade geographic restrictions while technological work-arounds were put in place,” the report stated.

Forbes said the leaked document is currently circulating among law firms, accounting firms, and others associated with Binance, and believes that the FBI and the IRS may have initiated an investigation.

Qualcomm: Wear OS 3. to be Supported by Snapdragon Don Platforms

Fri Jun 18 , 2021
Qualcomm recently declared that your Old Use OS smartwatches could even now undertake the latest Dress in OS 3. upgrade on various Put on platforms, exclusively individuals beneath the Use 3100 and Wear 4100. The chipmaker ensured that the new software package would perform smoothly beyond its ability. OS 3. […] 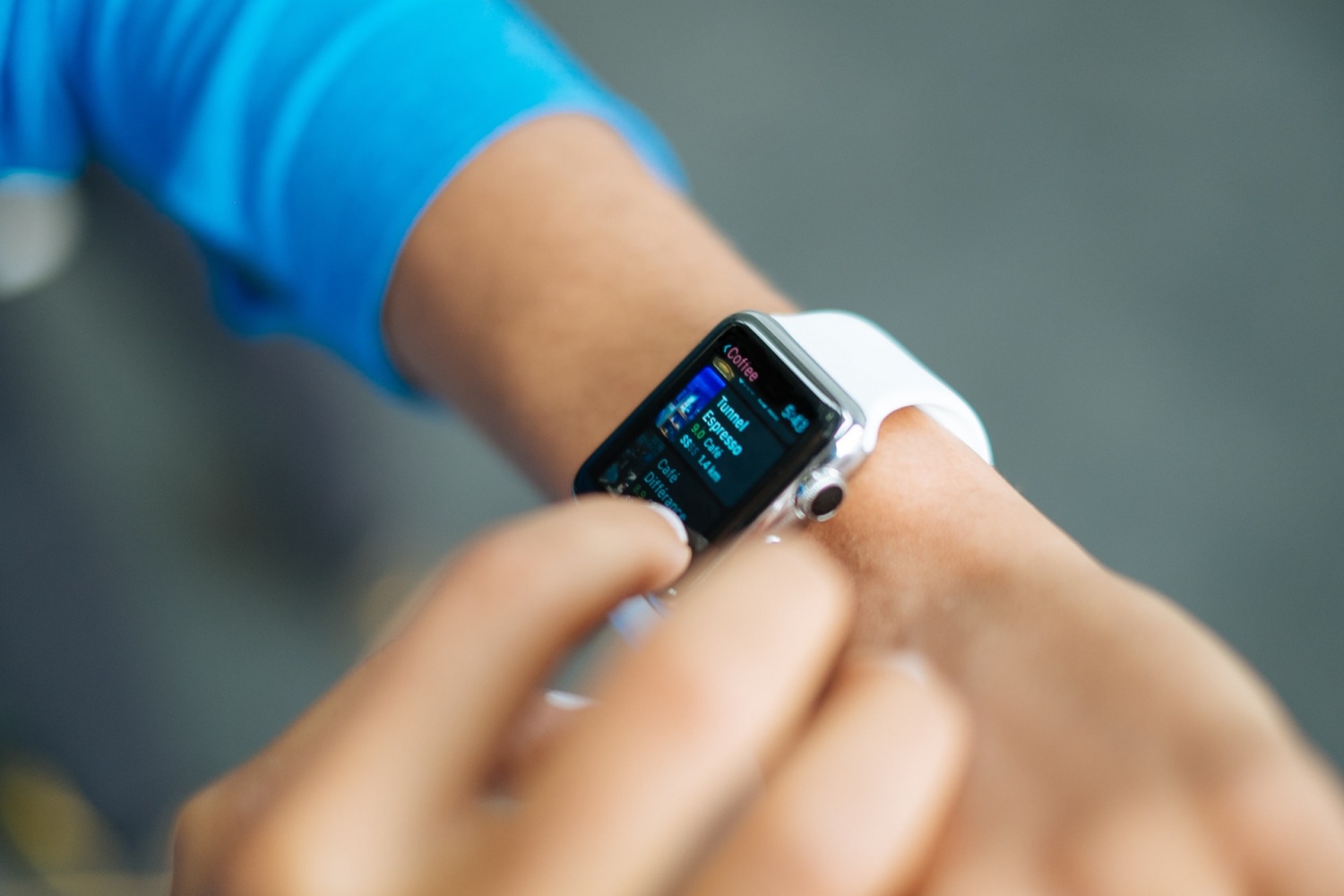